With this week’s topic “Don’t Stare”.

With yet another topic I thought would make a good post, until I actually started to write it!  I’ll confess that when I set out to write a weekly blog, I had no IDEA it would be such an exercise in creativity.  In case you don’t believe me…give it a try!

OK, enough of my whining, on to the topic at hand.  We sighted people look around us every day and because of the immense amount of visual data we have a tendency to try and put what we see into (what I’ll call) “buckets” in our brains.  In other words, we categorize things in order to understand them.  We do this to aid in recognition. 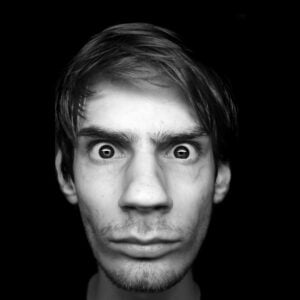 And if they don’t…

But when something we see does NOT fit a familiar pattern, a quick glance just won’t do. It won’t allow our brains to recognize what it is, because it’s unfamiliar or the pattern is broken, or inconsistent. For those things, we need to take a longer look.

What’s interesting is that when we are faced with seeing something that does not fit a familiar pattern, staring helps us categorize it so that when we see it in the future it IS recognizable. Study a new chart at work, or a schematic you are seeing for the first time and you’ll see what I mean.  When it’s first presented, we need to take time to study it, but after it is familiar we can easily understand the important features.  We also are able to quickly spot changing trends or anomalies.

Just check out some of these interesting pictures that require a little more time than normal to get an idea of what’s happening to illustrate what I’m talking about:

There may have been some duplicates there, I didn’t look through all of them, but I hope you enjoyed them. As you can see, when something doesn’t fit the pattern we are expecting, we do a double (or triple or more) take to give our brains time to figure out what’s happening.

You can’t un-see it

I’m sure you’ve seen an optical illusion where there is a “hidden” object within a more obvious one.  This is the kind of thing I’m talking about:

Do you see a couple of gnarly crooked trees below, or a sad woman? For me, at first glance I see trees.  After looking at it for 30 seconds, I see a woman with her head down.  It took me a bit to see the woman, but once I saw her, I couldn’t UN-SEE her.  It’s fun, and I bet you can find, or have seen, many examples of this in your life.  The key here is that, sometimes, staring at something is useful in that it trains your brain to recognize things. 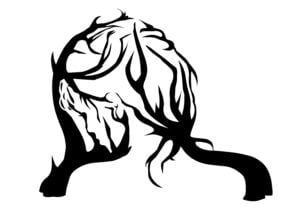 A 2012 study at USC has shown that brain activity in someone who views something unfamiliar for the first time is very high, but then reduces significantly on subsequent viewing.  That explains why kids stare at people with disabilities and why you hear parents saying, “Don’t stare, it’s not polite”.  It is their brains attempting to make sense of the world around them.

The issue with staring occurs when we see people who don’t fit a familiar pattern.  When we see someone with a noticeable difference from what we are accustomed to; a disability, or a scar, or birthmark that does not fit a familiar pattern, we have a tendency to stare at them.  Honestly, the desire to stare is understandable given our desire to understand and recognize what we see.  The problem is it makes the person you’re staring AT uncomfortable.

Some people WANT to be stared at

As entertainers, it’s what we thrive on.  Voice over artists, not so much since we are squirreled away in our studio booths most of the day, but staring pertains to them too…we’ll get to that momentarily.  Actors, stand-up comedians, acrobats, magicians (especially magicians), jugglers…all of these people do things that are, to many, unfamiliar in the HOPES that other people will stare at them and enjoy their work.

As entertainers we are trained to SPOT patterns as well.  In scripts.  From a 200-page feature film script to a one sentence radio spot, we look for patterns that help us decide who a character is, where they are, who they are speaking to and why.  We look for clues as to what relationship we may have with other characters or the audience, how we feel about them (and why we feel that way), how they likely feel about our character (and why) and a myriad of other patterns.

When a “civilian” hears a radio ad, or watches a TV show, movie, or play, they just don’t realize the amount of work that went into producing it.  Leaving aside things like development, pre-production activities, principal production, and post production…which is handled by the production team and is an enormous amount of work…the performers themselves spend an awful lot of time preparing.

We stare at the script and read it over, and over, and over again.  Even a short :30 second voice over read.  We ask ourselves:  Who is this person?  Why are they saying this?  Who am I speaking to?  Where was I, and what was I doing, just before this scene begins?  If the story our character is based on is from a book, we read the book to get an idea of what the author says about our character.  If there is no “source material” for our character, then many of us write a detailed biography for our character.

Characters in a story…and even a short radio ad has a character in a story, albeit a very short one…didn’t just appear on the scene.  They had a full life leading up to the scene.  A life that dictates how they act, how they speak and move, and how they relate to the other characters in the scene.  And when they leave the scene?  Unless they’re leaving because they just died, they are headed somewhere and have something they need to do.  All of this determines why a charcter does what they do…and how.

It must be BELIEVABLE

The best performances make us suspend our disbelief.  We watch Superman, knowing without a doubt (unless you are a young child) that no one like this character does, has ever, or ever will exist in real life.  Yet we believe it, even just for the time the movie plays.  Why?  Because the actors have crafted, or had crafted for them, a believable back story.  The actor fleshes them out as a “whole, fully realized” character. 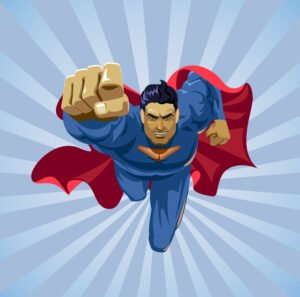 So if you are watching a performance

If you’re watching a performance, go ahead and stare. If you are a performer, stare at the script, pay close attention to what your scene partner (if you have one) is doing and figure out the pattern that brings out the essence of the character to bring them to life.   But, if you notice some inconsistency in an expected pattern when looking at another person?  Be Dudley Do-Right (There you go Josh) and DON’T STARE!