With this week’s topic “Hold your heroes to a high standard”.

I really stuck it to myself with this list, right?  At least this one I found a few things to look at when I researched it, unlike last week.  I mean, what IS a standard anyway?  And why should we hold anyone to them? And then why in the WORLD hold heroes to high standards?  Well, let’s figure it out together, shall we?

Standards are funny things (funny unique, not funny like stand-up comedy).  It seems they change over time, so in my mind, they are hardly “standard”.  Consequently, because I surely had a misconception about them, I went to my old friend Merriam-Webster to figure it out.  Apparently, there are several things we call a “standard” including flags and banners.  For the purposes of this discussion, we will focus on just one of the definitions; according to this online dictionary, a standard is (among other things) “something established by authority, custom, or general consent as a model for example : criterion”.

Hardly seems static.  Since, at least here in the USA, authority changes frequently, customs become outdated and it seems the public (general consent that is) sway with the breeze, it’s no wonder standards change over time. 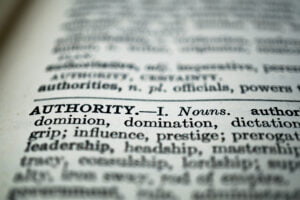 Once again, I am going to focus on the USA, since that’s where I grew up and live (your country may be different).  In the 1950’s, it was “standard” (custom) for women to stay home and raise the kids (yes, I am oversimplifying here – bear with me) and for men to be out in the workforce.  Fast forward to 2021, and that standard no longer holds true.  That didn’t happen overnight, the change happened slowly, over time.  As people’s beliefs and perspectives change, so then do standards.

And many other things…

There are many more examples: legality of marijuana (that one is kind of in the middle of changing standards right now) is one I can think of.  Acceptance of LGBTQ+ lifestyles and marriage, tattoos, smoking…the list goes on.  It’s pretty subjective, really, and different people see these changes differently – some good, some bad.

This post is not making a judgement one way or the other about the way things have changed over time, just discussing that they DO change; whether we view them as positive or negative is up to the individual.

If we are holding people to a standard, and the standard changes…what then? Well, this is actually something that frosts my…well…this is a family blog so…upsets me.  These days it seems we try to apply the standards of today to the things people did and said when the standard was a lot different.  It hardly seems appropriate to hold someone’s PRIOR behavior to a new standard and then (many times) excoriate them for it.  Standards change because PEOPLE change, and there should be an allowance for that.

Now listen, I am not saying that just because something was widely accepted as a standard means it was “right”.  Some things (slavery comes to mind – and there are a lot of others) are SO offensive that any sane person should have recognized it for the abomination it was.

So, what is the point?

My entire point here is that in many (if not most) instances it is inappropriate to hold our heroes to a standard that didn’t exist when they became our hero.  A standard is a benchmark to judge and evaluate behavior or performance, but it is dynamic, not static so should be measured against the standard of the time.  Anyway, this is going down a pretty deep rabbit hole here, so let’s get back on topic.

And what exactly is a hero?  I think we all have some sense of what a hero is, and that may be different from individual to individual, so it is time to head back to the trusty Merriam-Webster for a definition: “a person who is admired for great or brave acts or fine qualities…or a person who is greatly admired”.  Let’s focus on the “greatly admired” part.

It occurs to me that there are many ways to become a hero, or someone who is greatly admired.  That heroism (admiration) may be very localized (like a father may be admired by his children), Regional (like a popular local celebrity) or national (like an actor who is very popular).  Some of these likely would not be labeled a hero, but according to the definition, they would be considered heroes.

And here is the rub

You never know when it will be YOU who is considered a hero. It is quite possible that just by being you and doing the work that you do, someday you may be doing something heroic without even realizing it.  Doctors and nurses didn’t think they were being heroic in March of 2020, but by July they were considered heroes.

We all know of one…

Pretty sure we could all name someone who is (or was at one time) “greatly admired” that fell from grace because of some behavior.  I can think of half a dozen celebrities who fall into this category just off the top of my head.  Think about the OJ Simpson’s and Bill Cosby’s of the world.  Once greatly admired but whose behavior has sullied their reputation.  Things they did outside of the public eye that were discovered to tarnish otherwise stellar reputation.  People who did not hold themselves to a high standard even though they were “greatly admired”.

The above examples are ones we are all familiar with and whose behavior clearly did not meet high standards (under the heading of understatement there).  There are others who behaved a lot less egregiously though who did not live up to established standards, yet we sometimes give them a pass.  I can think of numerous politicians, for example, that exhibited wildly inappropriate behavior yet got (or continue to get) re-elected.  We (as a people) should hold them to high standards as well.

Maybe, just maybe, instead of holding others to high (sometimes impossibly high) standards we should instead hold ourselves to high standards.  As I mentioned, you never really know when you might be considered a hero.  Honestly, you don’t even know for sure if someone is RIGHT NOW looking at you as a hero (even if just in the greatly admired category).   I tell my kids all the time that you never know how you may be influencing people around you, sometimes even with an offhand comment.

If you are looking at a career in voice over or acting, and could someday be in the public eye, you should take head of this.  Even though standards change, you may one day in the future be judged by your behavior today.  Pretty sure everyone can think of a popular actor who at one time did or said something offensive (before they were popular) and are now paying the price for that.

We should hold our heroes to high standards, they are influential and emulated.  As long as we remember that EACH of us has the potential to be a hero and hold ourselves to that same high standard.

If you should be on the hunt for your next great read, check out some of the titles in this October promo!