With this week’s topic “You are what you do, not what you say”.

First of all, I know I am a day early posting the blog this week, for those of you who keep track of such things (I know I do).  Good reason for it though, as I will be on set filming “Regaining Innocence” for the rest of the week, so had to get it out there early or skip it altogether (SHUDDER the thought!).

Have you heard of this guy?

Carl Jung, a noted psychiatrist, and psychoanalyst is credited with the quote that is the title of this week’s blog.  This blog is NOT about him, or his work, or whether or not I agree with his philosophy.  I just wanted to give credit for the quote. 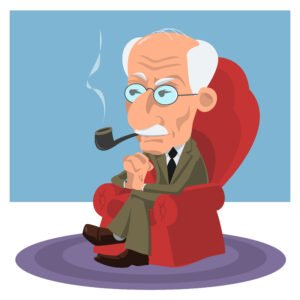 Sort of a theme here

There seems to be a bit of a theme lining up on my blog page.  A couple of the last few blogs deal with similar ideas: Keep Your Word and Reputations Are Built Over a Lifetime jump out at me. Don’t read too much into that.  Actually, don’t read anything into that.  No one has offended me or lied to me (that I know of…YET), or not kept their word.  Remember, I am picking these topics from a list I found on Facebook.  Maybe that author had an issue, but not me.

They seem like small things.  I’ll call you when I get home.  I’ll be there at five.  But you don’t call, and you arrive at 5:30 instead.  They are small things, but over time skipping these small things erodes your integrity.  Sometimes to the point that it becomes a reputation, and no one believes you when you say you’ll do something.

Failing to do what you say you’ll do

Listen, I get it, sometimes life gets in the way.  You arrive home late and exhausted and can only think about climbing into bed.  Or you have car trouble on the way over and arrive late. It happens to everyone.  What I am talking about is CONSISTENTLY failing to do what you say.

It erodes your credibility

Failure to consistently follow through on promises makes the people around you question everything you say.  Over time people will either assume you will not follow through, or won’t rely on you for anything.

At the risk of CONTINUING to sound like a broken record, the entertainment industry is built on relationships.  And relationships are built on trust.  Continually saying one thing and doing another reduces trust, and eventually builds outright distrust.  You can’t have a good relationship, and therefore a successful career in this industry, without trust. 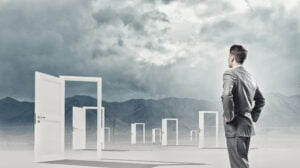 How many doors remain closed to a VO Artist or Actor thanks to a reputation for not following through and doing what you say you’ll do?  No way to know, but I know this:  If the people you are counting on to cast you can’t count on you, word gets around and those doors won’t open.  I can think of several A list actors who don’t work much anymore because they became somewhat flaky and untrustworthy.  I won’t name them, but you’ve probably heard of them too.

We are all human

And we all make mistakes or fail to follow through sometimes.  It happens. How we deal with it is what makes a difference in how other people respond.  Going to be late?  Call.  Not going to be able to help that friend move?  Explain what happened and try to reschedule.  Otherwise, do what you say you will do!

This is one of my pet peeves, actually.  When you agree to something that has a deadline, agreeing means you ALSO agree to meet the deadline.  For example, when narrating an audio book, particularly when you are new to narration, it is difficult to understand the time commitment you agree to.  Many first time, or early, narrators accept a job without realizing that they are going to struggle to meet the deadline.  This is particularly true if you are a part-time narrator (in other words you also have a “day job”).  Letting the deadline slip by could cost the rights holder (RH) money!  Always stay in close communication with the RH and do your very best to meet (or exceed) the deadline! 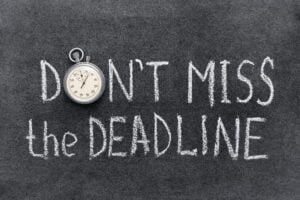 As an actor, you could be cast in a student film, and independent film or even a big studio production.  No matter what size or type of production you’re cast in, failing to meet your obligations creates cost for the production.  If you are constantly late, or fail to prepare for the role, or even flake out for a better gig at the last minute is going to cost money.  And when you cost people money – they remember it.

People will tell you that Producers, Directors and Casting Directors don’t have a secret network they use to blackball VO artists and actors.  And that’s mostly true.  No one has time to maintain a list of performers who have a bad audition or make a faux pas on set.  But note I say MOSTLY true.

The entertainment industry, as big as it is, is still a small world.  While there is no secret network, people do talk to one another.  If you establish yourself as someone who regularly does not do what they say they’ll do, word is going to get around.  You are going to have a reputation, and it’s not going to be a good one!

Are you someone who reads reviews before buying something?  I know I am.  And here is what I’ve learned (and try to always keep in mind): If someone is going to take the time to write a review, it is usually because something was either SO awesome, they can’t contain their pleasure, or bad.  Notice I did not say SO BAD…just…bad.  All the people in the middle, the people who were just satisfied?  They rarely write reviews.

Same is true in conversation

People are far more likely to tell you about, or even just remember, a bad experience than a “normal” one.  Mention someone you both know and if they’ve had a bad experience with that person, they’ll tell you.  And industry professionals, well, they talk to one another!  If someone feels like you are not the person who always does what they say they’ll do, word will spread FAST.  I’m not saying no one will ever cast you again, I’m definitely suggesting it will be a factor in casting decisions.

When I was a kid, my dad would tell me (especially after I made some blunder), “Say what you mean, mean what you say and do what you say you are going to do”. He was a pretty smart guy.  But how do you DO that?

Say what you mean

If you want to be the guy that does what he says he’ll do (or girl…but I don’t want to type “guy or girl” over and over, and I’m a guy, so…) the first step is to Say What You Mean.  What is implied here is that you have carefully considered whatever you are about to agree to.  You’ve thought it through and know you have the time, talent, and resources to agree.  And then, clearly communicated what you believe you are signing yourself up for.

Mean what you say

Don’t agree to things simply because there is some immediate benefit to you, then once you get the benefit you back out of the agreement.  When you agree to something that you have carefully considered (see the last paragraph) then MEAN it when you agree.  Be intentional.

Do what you say you’re going to do

And then…DO IT.  Write it down, don’t forget it…follow through.  Then if life or God or Karma throws you a curve ball and you can’t follow through…communicate, communicate, communicate!  Don’t build a reputation as the guy who is always late, constantly misses deadlines, or comes to the gig ill prepared.  If you are not that guy…soon, you will have the reputation of someone who is reliable, credible and trustworthy.  After all, You Are What You Do, Not What You Say You’ll Do!

P.S. If you are looking for your next great Non-Fiction read, head on over to April’s promotion at  “Knowledge in Time” and check out some great content!